A Blog for Christmas

19 ‘..in Christ God was reconciling the world to himself, not counting their trespasses against them, and entrusting the message of reconciliation to us.’

Last year in our Christmas messaging we spoke unsurprisingly of the Nativity scene with its eclectic cast of characters. A comforting cast of swarthy shepherds, of noble ‘wise men’, of doting lamb and milk-cow. You know the stuff. A bit of hay and the child who can’t remember their lines or cues dressed with a tea towel wearing a foil-wrapped sandwich board star of Bethlehem (I will neither confirm nor deny that this last description holds any resemblance to myself).

Taken in its right view, with the right level of seriousness, this innocent scene which has been domesticated to the point of being sentimental and ineffectual is in fact one of the most effective Trojan Horses of the scriptures! This is so far from a cutesy parade of innocence but is in fact the most monumentally significant event that has, or will ever, occur in the history of humanity!

The diversity of those gathered is the very sign that the reconciliation humanity has begun. What signals the divine action of bringing near those who were far off more than to gather the reprehensible to bear witness to the coming saviour? And what can speak of the form of reconciliation more than for the author and creator to make himself as vulnerable as an infant human, and to place himself at the mercy of those in attendance? To trust completely their solidarity and confidentiality. This is the fully vulnerable, fully surrendered form that does not resist the brutality of the cross.

This is what reconciliation looks like. To avail ourselves of others, to trust, to forgive, to make ourselves lowly. The reconciliation of the world did not come with swords, armies, trumpets, fanfare. We are healed, raised, reconciled, saved, when we adopt something of the form of reconciliation Christ himself demonstrated:

17 So if anyone is in Christ, there is a new creation: everything old has passed away; see, everything has become new! 18All this is from God, who reconciled us to himself through Christ, and has given us the ministry of reconciliation;

Who would dare to conceive of a plan like this? Not I! Mine was the ministry of un-forgiveness and of violence. We gather force to combat force, fight fire with fire, flint to flint, blood for blood. But in Jesus, through Jesus, with Jesus we possess a new way. Alongside the outcasts, the lowly, those far off, those not like us and the animals… I don’t know about the animals sorry.

You get the point.

For us, for your sakes, he made ‘what is sinless, sin’ and what is divine became flesh for us. This is how reconciliation comes; gently, humbly, peacefully, trusting, and loving. Reconciliation is repair, it is salvation. Reconciliation is the healing of the world through loving forgiveness. And yet, whilst we were still sinners and ‘not counting our trespasses against us’ Jesus now makes His appeal through us. We are His ambassadors!

Through the baby the world will be healed – behold the light has come! How incredibly potent a symbol, religious or not it has depths that cannot be plumbed.

Consider all of this and have a very blessed Christmas! 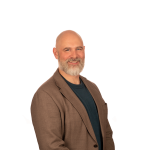