Learning to Care for Creation

So COP26 has come to Glasgow. We have been hearing a lot recently about climate change, and now there is much anticipation and anxiety about what will come out of the talks. Will the world leaders who attend be able to come to some agreement which will be effective in tackling climate change? 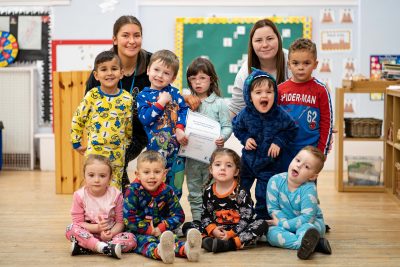 Glasgow City Mission takes the need to care for God’s creation very seriously. We believe that, as followers of Jesus, we are called by God to care for the world he has given us. The staff at our Child and Family Centre in Govan believe that it is important for the children to learn about creation care from an early age, and we are delighted to report that the nursery has recently been awarded their second Eco-Schools Green Flag award in recognition of their efforts. The children learn about nature in nearby Elder Park, how to grow vegetables for healthy eating, how to keep the environment clean, and about how our world works through play and listening to stories. A favourite story recently has been Winston of Churchill: One Bear’s Battle against Global Warming by Jean Davies Okimoto.  Winston, a wise polar bear who lives in Canada, writes a book to explain to the other polar bears why the ice they live on is melting because of global warming, and urges them to “fight for the ice!”

Jesus wants the people to see what is in front of them. They may be able to predict what the weather will do, but they are unable to see that God has come into their very midst in the person of Jesus. Human beings can become complacent and pleased with themselves, while at the same time failing to see what is going on in front of them. Earlier in this chapter, Jesus has been warning against greed – “Be on your guard against all kinds of greed; life does not consist in an abundance of possessions!” (v. 15) Nowadays, of course, we are realising, as never before, just how serious the consequences of greed can be, not least in climate change. The one who was present at the very creation of the world (John 1:1) calls on his followers to join him in caring for it (Gen 8:15). We cannot be complacent, we must see the bigger picture and care for the world He has given us to live in. 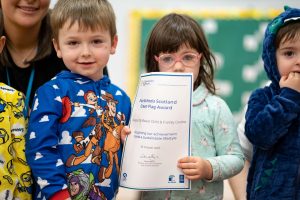