Doing Stuff with the Stuff the Lord Has Given

We all know this parable – The ‘Parable of the Talents’, in Matthew 25:14–30 tells of a master who was leaving his house to travel, and, before leaving, entrusted his property to his servants. According to the abilities of each man, one servant received five talents, the second had received two, and the third received only one.

Traditionally read, this parable challenges believers to emulate our Heavenly Father by using all that God has given us for the sake of the kingdom.

In our story, a wealthy man prepares for a journey by entrusting his estate to his servants.  Although the first receives five times as much as the last, each receives a significant sum of money. Since one denarius is a common labourer’s daily wage, a talent would be roughly equivalent to 20 years wages for the average worker. Five talents, the largest amount entrusted to any of the servants, is comparable to one hundred years’ worth of labour, an astronomical amount of money!

After a long absence, he discovers what each servant has done with his property. The first two slaves do business with the master’s talents and double his money. Although the first slave earned more than the second, each has done remarkably well with what he has been given. They have performed according to their potential, and they have been faithful to do what the master has required of them. The master’s response to each is the same. He commends the slaves for being good and faithful, entrusts them with more, and invites them to enter his “joy”.

The third servant is not so fortunate. The third slave admits that he was afraid to lose the master’s money. To protect himself from the risk of failure and the loss of his master’s wealth, he buried the talent in the ground. The master is furious. He had entrusted this servant with a portion of his property in order that the slave would use his abilities in order to turn a profit for his lord. This slave, however, was too frightened to take a risk, even though risky behaviour was part of the master’s business, like trusting these three with his fortune. Instead, the third slave prioritised his own well-being ahead of the master’s will. In the end his lack of ambition, his fear-based conservatism and unfaithfulness to carry on the master’s work cost him severely (Matthew 25:30).

So, what does faithfulness look like in a time of waiting? Or in a time of famine, or war, or pestilence, or global economic slowdown? In Matthew’s Gospel faithfulness is not mysterious nor is it hidden, it is emulating the ministry of Jesus. The way, the truth and the light.  Jesus has announced the arrival of God’s kingdom by feeding the hungry, curing the sick, blessing the meek, and serving the least.

As I have said on many occasions in the past, ‘hospitality is the currency of the Kingdom’. We are so very blessed at Glasgow City Mission and we are called upon to share what we have and sow the love of God wherever we discern it necessary. Our challenge now, as we emerge from pandemic and face a world permanently altered by Russia’s invasion of the Ukraine is to determine what ‘good and faithful’ looks like in our context? What are we to do with our talents?

We are charged to bring the good news of the kingdom (Matthew 24:14) in accordance to our various gifting’s. We are about the work that the master has called us to do (Matthew 24:24-51). Visiting the sick and imprisoned, clothing the naked, welcoming the stranger, and feeding the hungry (Matthew 25:31-46).

Let us pray that as we seek a way through in the coming months and we make our decision on how to move forward, that when all is said and done we hear our Master say “Well done, my good and faithful servants.” 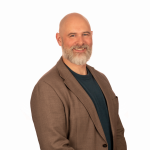