What excuses do you use?

Do you ever stop and wonder about the lives of Jesus’ disciples? We see in scripture that when Jesus calls people, they just do it. They decide in that moment to give up the life they know to follow him. In my own journey I’ve been studying Peter with my church and had this moment of revelation about Peter. It probably should have clicked before but I had missed it. Scripture reads:

As Jesus walked beside the Sea of Galilee, he saw Simon and his brother Andrew casting a net into the lake, for they were fishermen. “Come, follow me,” Jesus said, “and I will send you out to fish for people.” At once they left their nets and followed him. When he had gone a little farther, he saw James son of Zebedee and his brother John in a boat, preparing their nets. Without delay he called them, and they left their father Zebedee in the boat with the hired men and followed him.

As soon as they left the synagogue, they went with James and John to the home of Simon and Andrew. Simon’s mother-in-law was in bed with a fever, and they immediately told Jesus about her. So he went to her, took her hand and helped her up. The fever left her and she began to wait on them. (Mark 1:16-18; 29-31)

Here we see that Simon (Peter) was just an ordinary man who worked hard at his job. Jesus chose this humble fisherman to be one of his disciples. These are great qualities in a person – ordinary, hardworking and humble. However, the thing that stood out to was the fact he had a family. Now, I’ve read the scripture many times that talks about his mother-in-law being ill and then healed but I never clicked that meant he had a wife!! I know this is simple but it got me thinking about the cost it meant to others when Peter decided to follow Jesus. His whole family would have been impacted by this decision. So what did his wife think? Was she happy with his choice? Did she go too or did she stay at home and look after the family?

The disciples were all ordinary people. Ordinary people just like you and I. Here at the Mission, we all come from different walks of life yet at some point we responded to the call of God. We have families and obligations but we also chose to follow Christ. What does your family think of your decision to follow Jesus? Peter didn’t respond to Jesus with excuses about why he couldn’t follow him. He had a family who depended on him but that didn’t hold him back.

Do you find yourself using excuses when responding to the call of God? I know that I can use excuses sometimes – I allow fear to take over. Others could use their work or family as an excuse.

Last week Marion shared in her blog about our trip to the European Association of Urban Missions conference. One thought from the conference that really stood out to me was about David Naismith. When he responded to the call of God in 1826 he didn’t fall back on excuses. He saw the need and decided to do something about it. He was an ordinary man who kick-started a whole movement that went out to the rest of the world. Here we see a man who had a global impact yet we don’t see streets or buildings named after him, and we don’t have a day to celebrate him. He didn’t go looking for recognition. He was a humble man like Peter who didn’t know the impact he was going to make.

Whatever you do today, don’t allow your excuses to hold you back from what God is asking you to do. 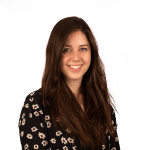